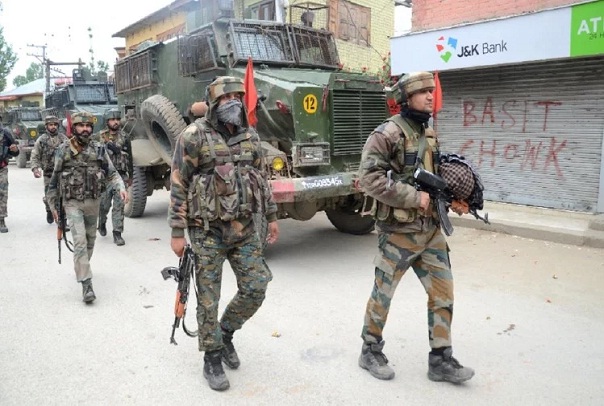 (G.N.S) Dt. 26
Srinagar
The terrorists grenade attacked near Kashmir University’s gate on Tuesday. Two local civilians have been injured in this attack. Security forces have cordoned off the area and started a search operation. Blockade has been made in the entire area for the terrorists to be arrested. At the same time, the police has described this attack as suspicious. They say that the matter is being investigated whether it is a grenade attack or not.
Earlier on 4th November, militants launched a grenade attack in Hari Singh Street, a congested area of ​​Srinagar city. A non-Kashmiri toy seller was killed in it. While 38 people were injured. However, the police said the number of injured in the incident was 15. After the incident, a search operation was conducted in the entire area.
Let us know that the terrorists are completely buoyed by the vigilance of the army, the policy of zero tolerance against terrorism and the changing situation in Kashmir. Terrorists are making frivolous efforts to execute such incidents to spread panic among the people.