(GNS) Dt. 30
Dehradun
Haridwar MP and former Chief Minister Dr Ramesh Pokhriyal Nishank said that everyone wants Ram temple to be built. This is the reason that there is an atmosphere in the whole country with the temple. Do not want to join the country’s Muslim Babar. If there is any, then he will come out. A lot of work is being done for the Ganga in the Lok Sabha. She self Swami Sanand (Prof. G.D. Agarwal) also went to. Union Minister Nitin Gadkari came to Delhi from Lucknow on his request. We wanted to protect the souls of Swami Soanand. The central government is working very clearly about the Ganga.
On the defeat in Haridwar in the body elections, MP Nishank said that for the first time in Haridwar the Board was formed with a majority. Mayor’s post has lost some votes. Doiwala also has the lowest defeat, but for the first time, it has won in Bhagwanpur, Jhabrera and Ranipur. So we live. On the discussion about contesting from Pauri parliamentary constituency, Nishank said that he is very fortunate about this. When someone’s feet slips, Nishank’s name comes. If someone loses, then the poisons are remembered. The party where he ordered them contested.
At the party’s say in the Lok Sabha elections, he immediately resigned from the assembly and contested. Wherever the party wants, they will contest the elections. He said that if Harish Rawat is contesting from Haridwar with Congress, it will be nothing more than a pleasure for him. Regarding Srinagar NIT, he said that while being the Chief Minister, he took NIT to Srinagar for the children of the mountain. The question of going to NIT’s second place does not arise. Those who are talking like this are irresponsible. Students must get the convenience.
MP Haridwar Dr. Nishank said that the year 2010 has been going on smoothly. Its scope will be increased in the coming years. Dr. SS Bhandari, Convenor of Tang Ganga said that the first five winners will be given a prize in the cycling rally under the Tang Ganga, from the next year to the first three and organized controversy and painting competitions in the schools of the state and the country. Will go. 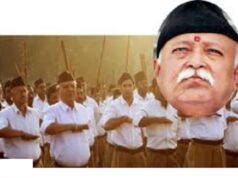 RSS expresses its displeasure with the BJP for not being consulted 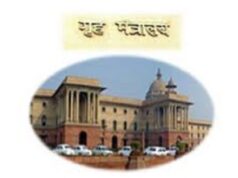