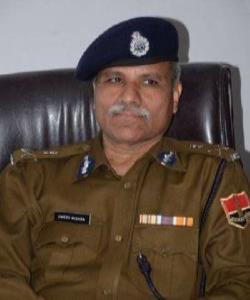 According to an order issued by the personnel department, Rajasthan government has appointed the state police’s intelligence chief Umesh Mishra as the next Rajasthan director general of police.

The personnel department’s order said Mishra has been selected on the recommendation of a special committee constituted by the Union Public Service Commission and will get a two-year term.

Umesh Mishra will take over as the state police chief from ML Lather on his retirement on November 3.