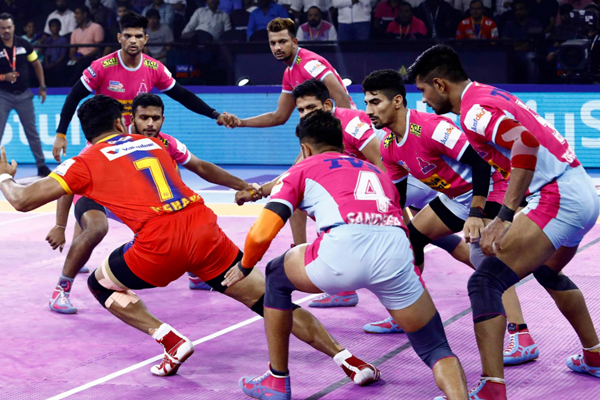 (G.N.S) Dt.20
Chennai
UP Warriors defeated Jaipur Pink Panthers 31-24 at the Jawaharlal Nehru Stadium here in the seventh season of Pro Kabaddi League (PKL) on Monday. This is UP’s third win after nine matches and has reached number eight with 22 points. This is Jaipur’s second defeat and the team still holds the top spot with 31 points.
Surender Gill scored eight points for UP while captain Deepak Hooda bagged nine points for Jaipur Pink Panthers. UP Yoddha’s team was ahead 16-10 in the first half. The team retained its lead in the second half and won the victory. UP got 18 from the Reds, 11 from Tackle and two from Allout. Jaipur got 11 points from Red and nine from Tackle.