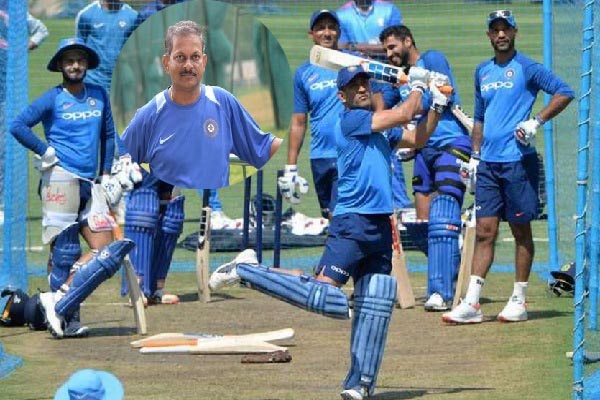 (G.N.S) Dt.20
Mumbai
Team India head coach has been selected. The CAC has once again selected Ravi Shastri as the coach of the Indian team. Now it is the support staff of the team and it is believed that the support staff will be announced by Thursday. Meanwhile, the thing that is most noticeable is that who will be the next batting coach of the Indian team? Because the current coach Sanjay Bangad is considered to be removed from the post. Although there is no clear picture on who will be made the batting coach, but still some former players are named in this race.
Former Team India player Lalchand Rajput is leading the race to become the batting coach of the Indian team. Let me tell you that Lalchand Rajput’s name was also ahead for the head coach of the first Indian team. He also applied for the Head Coach of Team India. Lalchand Rajput has given an interview with all the documents on Monday. Let us know that the selection committee headed by MSK Prasad will select the support staff of the team, which will include the batting coach, bowling coach and fielding coach and other associate posts of the team.
Apart from the batting coach, there are also reports of retaining the bowling and fielding coaches. Bowling coach Bharat Arun and fielding coach R Sridhar may continue in their positions. However both of these will also go for interview. This entire process of supporting staff is likely to end by Thursday. According to the criteria, a claimant for a batting, bowling, and fielding coach must have at least 10 Tests or 25 ODI internationals and must be under 60 years of age. The order of selection of associate members will continue on Tuesday.