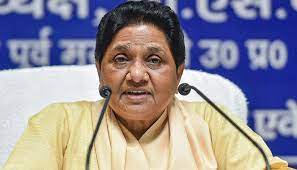 With the UP assembly poll round the corner and the political campaign gradually attaining its peak, the complete silence of BSP Chief Mayawati is intriguing. A section of political analysts say that she is known for her aggressive posturing during the poll. But this time she is pursuing some ‘undisclosed plan’ for her role in UP politics.
Few analysts inferred that she might have some mysterious tactical arrangement with the BJP. But any such political arrangement has not yet emerged. Her complete silence may benefit SP leader Akhilesh Yadav-led opposition instead of BJP in UP polls. She is unlikely to contest UP Assembly Polls. She is a mass leader with a sizeable vote bank, so, which way Mayawati decides to go in the coming months is a million-dollar question.