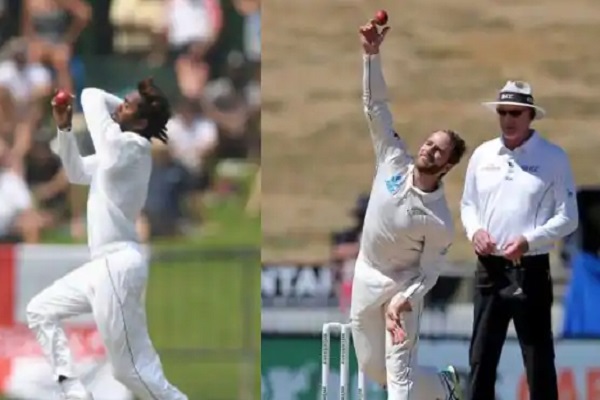 (G.N.S) Dt.20
Dubai
During the first Test in Galle between New Zealand and Sri Lanka, the bowling action of New Zealand captain Ken Williamson and Akila Dhananjay of Sri Lanka has been reported. Both the players are right-handed off-break spinners and both complained of action during the first Test ended on Sunday.
The ICC said, the management of the two teams has been given a report of match officials complaining about the actions of these two players. Both will be examined within 14 days from August 18. During this time both will be allowed to bowl in international cricket. Williamson bowled three overs in the second innings. He has taken 29 wickets in 73 matches so far. Dhananjay has played only six Tests so far and has 33 wickets to his name.