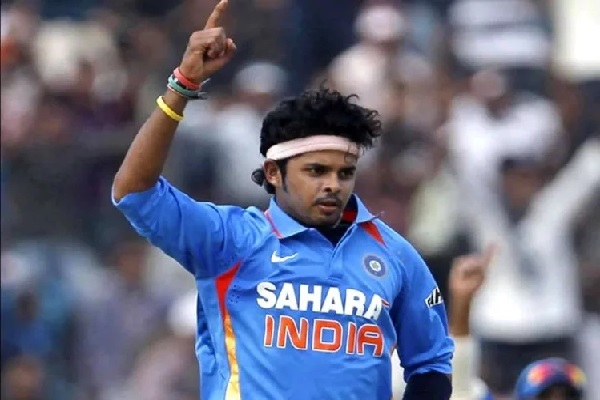 (G.N.S) Dt.20
Mumbai
Indian cricketer S.S. surrounded by allegations of spot fixing. The life ban imposed on Sreesanth was reduced to seven years by the BCCI. Now Sreesanth’s ban will end on 13 September 2020. BCCI ombudsman DK Jain said that Sreesanth had spent a significant period of his life as a punishment, so his sentence should be reduced now. Born on 6 February 1983, Sreesanth is 36 years old.
He would have been 37 years old when the ban on him was lifted the next year, in which case he could hardly make a comeback to the Indian team, but would certainly be free from the charges leveled against him. Please tell that on 13 September 2013, Sreesanth was banned for life. On March 2019, the Supreme Court lifted the life ban on Sreesanth in the IPL spot-fixing case. The Supreme Court held that the BCCI had the right to take disciplinary action. The court had ordered BCCI to give Sreesanth an opportunity to be heard and set a sentence within 3 months. The Supreme Court had said that the sentence of life ban is more.
The BCCI had imposed a life ban on Sreesanth for being found guilty of spot-fixing in IPL-2013. Sreesanth filed a petition in the Supreme Court against this. Earlier, the BCCI had said in the court that Sreesanth was accused of corruption, betting and dishonesty of the game. In July 2015, all 36 accused in the spot-fixing case, including Sreesanth, Ankit Chavan and Ajit Chandila, were acquitted by the Patiala House Court from a criminal case.