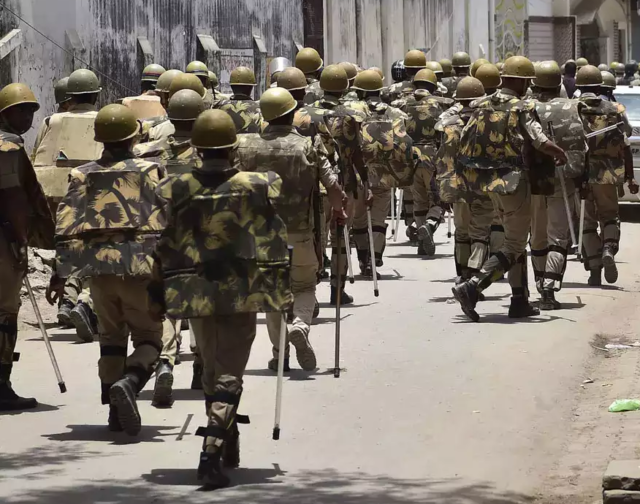 In connection with the protests and violence in nine districts of the state, 316 people have been arrested and 13 FIRs registered by Uttar Pradesh police.

During a review meeting in Lucknow, Chief Minister Yogi Adityanath told officials to “take such an action against those guilty that it sets an example so that no one commits a crime or take law into their hands in future”

CM Yodi directs Additional Chief Secretary Home to take strict action in the incidents that have taken place in the past few days. He made it clear that no one would be allowed to play with the law and order in the state and such an action should be taken against those guilty that it sets an example,” a statement issued by the state government read.

“Do not spare those who are guilty. Identify them through CCTV and other video footage. Find out the sources of income of the conspirators, so that recovery of the damages can be done accordingly. Invoke NSA and Gangster Act against main accused in these cases,” the CM reportedly told the Home Department officials.