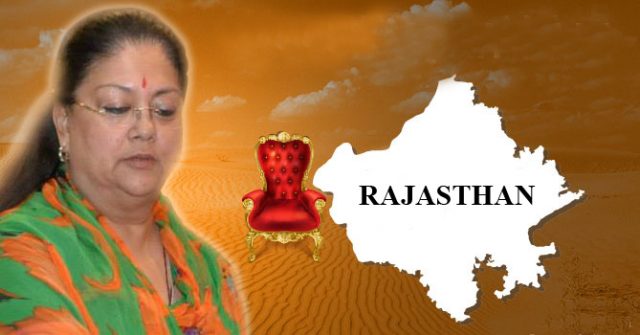 ‘Vasundhara Raje Samarthak Rajasthan Manch’ has appointed 25 district president and claims that it has a waiting list of more than 2000 people to join in. Times Now has accessed copy of an appointment letter by this new organization and it says that they want to propagate ideology Vijaya Raje Scindia, mother of Vasundhara Raje and founder member of BJP.

“We have founded this organization in December 2020 to spread the message of work done by Vasundhara Raje to the people. She is the tallest leader of BJP in Rajasthan. We have already appointed 25 district presidents and district councils. We have already covered 57 Assembly segments and have a waiting list of more than 2000 people who wants to join in,” Vijay Bhardwaj State President of Vasundhara Raje Samarthak Rajasthan Manch said.

Several persons claiming to be supporters of former chief minister Vasundhara Raje have floated an outfit named Vasundhara Raje Samarthak Manch Rajasthan (VRSMR), with its office-bearers saying they want to see Raje as the Chief Minister for the third time after the 2023 Assembly elections. Along with Raje, the letterhead of the manch also has the photo of her mother Vijaya Raje Scindia and closely resembles the BJP letterhead.

In the political circles of Rajasthan, this move is being seen as an attempt to reassert the authority of Raje in the state by her supporters. In recent times. There have been reports of friction between Raje and the state unit of the BJP in Rajasthan amid the growing clout of the party’s central leadership.

“The objective of the Vasundhara Raje Samarthak Manch Rajasthan is to spread awareness about the schemes started by former Chief Minister Vasundhara Raje to the public. The names of many of these schemes have been changed or have been closed by the Congress government. The objective is to strengthen the BJP before the 2023 Assembly elections and we all want to see Vasundhara ji as the Chief Minister once again after the next elections. The public too wants to see her as the Chief Minister,” said advocate Vijay Bhardwaj, the state president of the VRSMR.