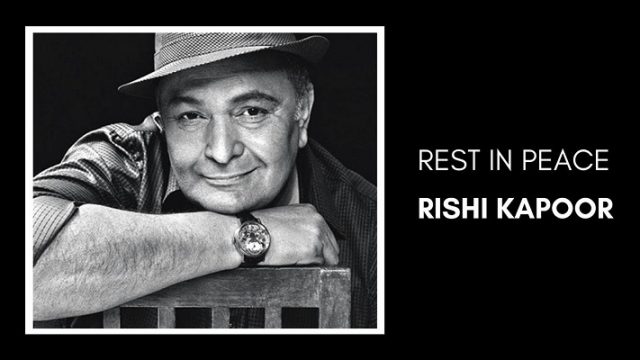 Veteran Bollywood actor Rishi Kapoor passed away at the age of 67 years. Rishi Kapoor had been unwell for a while and was admitted to a hospital in Mumbai.

Neetu Kapoor and Ranbir had been constantly by his side. Randhir Kapoor had revealed in a report that Rishi was rushed to the hospital on Wednesday morning. The actor’s family, in a statement, said he passed away at 8:45am after a two-year battle with leukaemia.

A day before, his elder brother Randhir Kapoor had said the actor was taken to H.N. Reliance Hospital in Mumbai after some breathing difficulties.
Rishi Kapoor had been shooting for ‘Sharmaji Namkeen’ in the capital when he fell ill earlier this year and was later shifted to a hospital in Mumbai. Reports suggest that the actor was battling cancer relapse. He was Raj Kapoor’s third born, after Randhir and later Ritu Nanda, he was older to Reema Jain and Rajeev Kapoor.