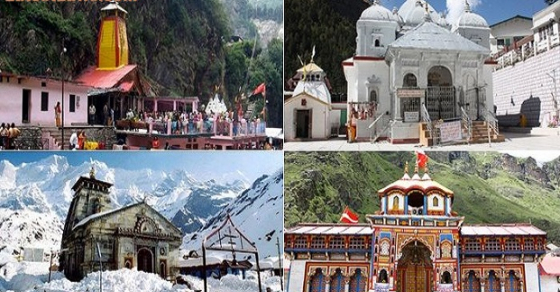 Chief minister Pushkar Singh Dhami has said that government decided to roll back the law based on the report and the recommendations. “The government will speak to all the parties concerned now and take appropriate action on improving the facilities for the pilgrims. The repeal of the law would soon be approved by the Cabinet before bringing a Bill on the same in the assembly.”

CM also formed a committee in July to look into the matter. The panel submitted its report last week. The government analysed the report before taking the decision as per a Cabinet subcommittee’s recommendations. Uttarakhand government on Tuesday announced the repeal of the Char Dham Devasthanam Management Act, which brought four revered Hindu shrines of Badrinath, Kedarnath, Gangotri, Yamunotri and 49 other temples under the purview of a shrine board. The priests associated with the shrines in the poll-bound state have been protesting against the legislation.

The law allowed the board to frame policies, sanction expenditure, etc as the highest governing body for the management of the shrines. The decision to repeal the law was taken on the day a deadline the government set to resolve the issue ended.