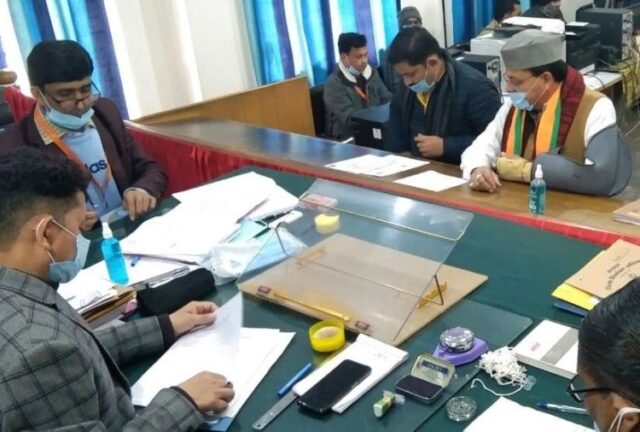 For the assembly polls on February 14, Uttarakhand Chief Minister Pushkar Singh Dhami filed his nominations from the Khatima Assembly. Dhami offered prayers at a local temple and held a door-to-door campaign in Khatima before filing his nominations.

Dhami is pitted against PCC working president Bhuwan Chandra Kapri once again in Khatima. Dhami had defeated him in the 2017 assembly polls by a margin of 2709 votes. He has been winning the seat since the 2012 assembly elections when he had defeated Devendra Chand of the Congress by more than 5000 votes.
Dhami also faces the challenge of breaking the trend of incumbent chief ministers losing at the polls in Uttarakhand.