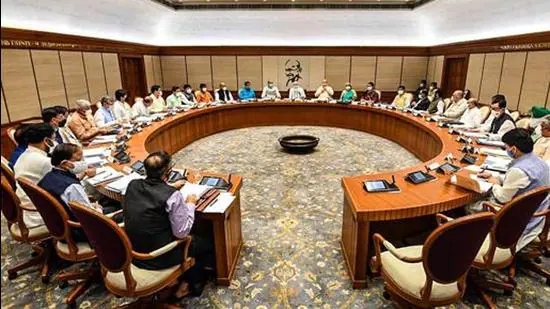 As PM Modi has earlier announced in a televised address to the nation on Nov 19 that his government will revoke the legislation during the winter session of Parliament.

Union Cabinet, which met on Wednesday, approved a proposal to repeal three contentious farm laws that had drawn out tens of thousands of farmers in protests for over a year.

Union minister for information and broadcasting Anurag Thakur said the cabinet meeting chaired by Prime Minister Narendra Modi cleared the formalities to roll back the laws, the process of repealing the laws will begin as soon as Parliament convenes.

“A bill to repeal an existing law and its passage is all that is needed. It has to be passed by a majority like any other law,” said G C Malhotra, former secretary-general of the Lok Sabha.