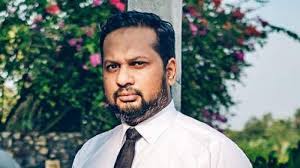 Hejaaz Hizbullah was arrested on April 14, 2020 under the PTA. He was accused by the police of aiding and abetting Inshaf Ahamed (who was involved in the April 21, 2019 bombings), an accusation that has since been withdrawn.

“In the absence of any credible evidence presented before a court of law, Hejaaz Hizbullah should be released immediately and unconditionally,” said a joint press statement issued by Amnesty International and the other 10 organisations.