(G.N.S) Dt. 25
Mumbai
THREE ACCIDENTS took place in different parts of the city over a span of 48 hours, killing two persons and injuring 15 others. The police said they were looking into all three cases. The incidents took place in Andheri, Nariman Point and Kandivali. The last of the three accidents took place around 1 pm on Sunday near Marol depot in Seepz at Andheri East, where a BEST bus rammed into a dumper truck. The route number 545 bus was crossing the bus depot at Seepz when the dumper, headed in the opposite direction, emerged from one of the bylanes. The bus rammed into the dumper, resulting in minor injuries to passengers. “There were a total of 15 people in the bus, including the conductor and the driver. They all sustained minor injuries and were rushed to the nearby trauma centre. The dumper driver too sustained minor injuries,” said Sub-Inspector S Kokate from the MIDC police station.
Dr Shashikant Wadekar, superintendent of the Hinduhriday Samrat Balasaheb Thackeray trauma hospital, said all 15 injured were stable and had suffered only minor injuries. “Most will be discharged today,” he added. An officer from the MIDC police station said the police were still in the process of recording statements and would soon register an FIR, under sections 279 (rash and negligent driving) and 337 (causing hurt by act endangering personal safety of others) of the Indian Penal Code, against the dumper driver. The second accident took place around 6 pm Saturday in Kandivali. According to the police, the driver of a private bus was driving in a rash manner on the Kandivali stretch of the Western Express Highway, and ran over a man crossing the road. Soon, a crowd gathered at the spot and the local Samata Nagar police reached the spot. The police later arrested the driver of the bus on charges of causing death due to negligence. The third case was reported from Nariman Point, where a college student was run over by a vehicle Saturday morning. According to the police, Shaikh Manzur (19), who was headed to his Dharavi residence, was crossing the road when a vehicle ran over him. He was rushed to JJ Hospital, where he died Sunday morning. An officer said the police had seized the vehicle and registered a case against the driver. 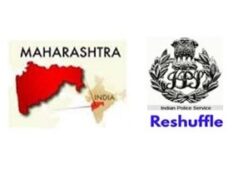