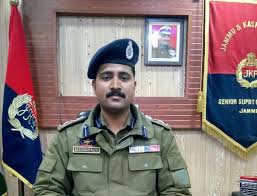 Jammu SSP Shridhar Patil said that Hidayatullah Malik, a categorised terrorist, has been arrested near Kunjwani in Jammu. A pistol and a grenade have been recovered from his possession. When we went to arrest him, he attacked the police party.