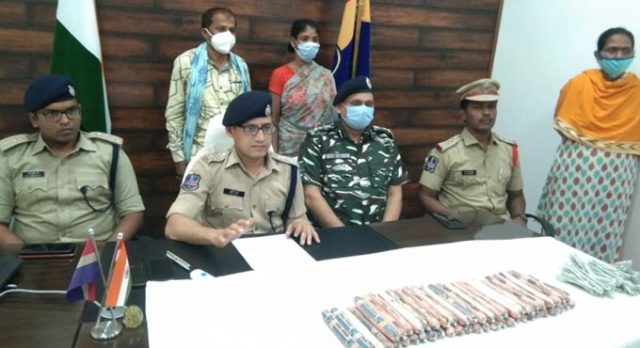 Telangana police has arrested two Maoists and seized 50 gelatin sticks along with detonators from their possession. Cherla police of Bhadradri Kothagudem district was conducting patrolling along with the CRPF team at Cherla bus station, they intercepted two people moving under suspicious circumstances.

According to SP Sunil Dutt, Munni joined Maoist party in 2011 and worked as a militia member in Maddedu Area Committee of Chattisgarh. Later she worked as part of Kranthikari Mahila Sangham (KMS) of Indravathi Area Committee and in 2018, she was promoted as Area Committee Member to visit villages in the area and motivate people to wage war against the nation.

During the interrogation, the duo confessed that they are, P Munni alias Nirmala, 35, Indravathi Area Committee Member of the Maoist party in Dandakaranya area in Chattisgarh and J Bansi, 48, a private contractor from Bijapur district of Chattisgarh.