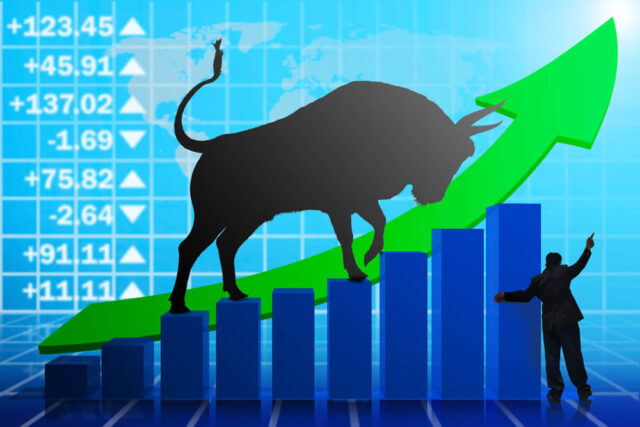 The Indian equity market rallied sharply on the expiry day of the November series. Bank nifty and Sensex witnessed a fresh all-time high, while Nifty ended with a record closing high. The drop in the dollar index and US bond yields following some dovish comments in US Fed minutes boosted sentiment across global markets. The sharp drop in crude oil prices, on the other hand, is serving as a cherry on top for Indian equity markets.

Banking stocks were doing well, but today the baton was taken by IT stocks. The rally in the final hour can be attributed to a quick covering move as call writers were trapped. There is a good chance that the Nifty will reach an all-time high tomorrow or within the next few days.

Markets made a cautious start, as traders were worried after rating agencies Crisil and Icra revised down their India growth projections for the current fiscal and the second quarter mainly due to the ripple effect of slowdown in global growth and mixed crop output. Crisil downgraded the India growth forecast by 30 bps to 7 per cent while Icra pegged the economic expansion at 6.5 per cent for the second quarter of FY2022-23.

India and the European Union (EU) signed an agreement on cooperation in areas such as climate modelling and quantum technologies, building on the Trade and Technology Council launched by the two sides earlier this year. Sentiments remained positive as the Centre said the number of beneficiaries under the PM-KISAN scheme has crossed 10 crore, increasing more than three-fold from 3.16 crore farmers covered under the first instalment period in early 2019.

Technically, the important key resistances are placed in Nifty future are at 18707 levels, which could offer for the market on the higher side. Sustainability above this zone would signal opens the door for a directional up move with immediate resistances seen at 18737 – 18808 levels. Immediate support is placed at 18474 – 18303 levels.