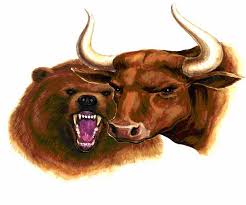 Asian equities extended the global rally in risk assets amid speculation Tuesday’s US consumer price data will support bets that inflation there is near peaking. European stocks advanced on Tuesday for the fourth straight session, with underlying sentiment boosted by M&A talk and hopes for a softer US inflation reading.

Meanwhile, despite economic recovery gains, India Ratings in its latest report has said that falling wage growth is emerging as a bigger worry in India as it leads to tepid demand and results in under-utilisation of capacity, further widening the output gap. According to the report, households accounting for 44-45 per cent of the GVA have witnessed a decline in nominal wage growth to 5.7 per cent during FY17-FY21 from a high of 8.2 per cent during FY12-16, implying that wage growth in real terms is close to just about 1 per cent. This worrying trend comes despite India seeing an overall economic growth of 13.5 per cent in the first quarter of the current fiscal.

The decline in wage growth at both the rural and urban levels translated into lower purchasing power of households. As per the report, at the nominal level, urban and rural areas saw 2.8 per cent and 5.5 per cent wage growth in year-on-year, respectively, but in real terms, which when adjusted to inflation, was a negative 3.7 per cent and negative 1.6 per cent in June 2022. The report said that the recovery in wage growth is going to be critical for a sustainable and durable recovery in private final consumption expenditure and overall GDP growth in FY23 as much of the consumption demand of the household sector is driven by it.

The report further said the better way to assess the recovery in GDP/gross value added (GVA) is to compare the growth trend taking the pre-pandemic period as the annualised growth does not provide a true picture of the recovery due to the low base of FY21 and FY22. Accordingly, GDP shows a compounded annual growth rate of just 1.3 per cent during Q1FY20 – Q1FY23 against 6.2 per cent during Q1FY17 – Q1FY20.

Technically, the important key resistances are placed in Nifty future are at 18088 levels, which could offer for the market on the higher side. Sustainability above this zone would signal opens the door for a directional up move with immediate resistances seen at 18202 – 18303 levels. Immediate support is placed at 18008 – 17970 levels.