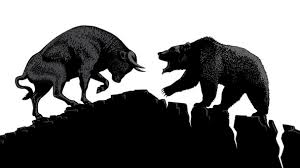 Domestic bourses continued to trade in fine contour on continued buying by funds and retail investors amid robust foreign fund inflows. Foreign Institutional Investors (FIIs) were stood as net buyers in the capital market as they purchased shares worth Rs 2,132.42 crore on Friday, exchange data showed. Additional support also came as External Affairs Minister S Jaishankar said India has made powerful efforts to grow its economy and emerge as a higher-income country, and expressed hope that it will be the fastest growing major economy in the world this year with at least 7 per cent growth despite the challenges posed by the Ukraine crisis.

Meanwhile, External Affairs Minister S Jaishankar has said that despite the world is facing many fallouts of the Ukraine crisis such as rising oil prices, India is confident that it will be the fastest-growing major economy in the world this year with at least 7 per cent growth. He also highlighted that India has made powerful efforts to actually grow its economy and to move towards becoming a higher-income country.

Jaishankar said ‘a lot of this required a vision, prudent management of our fiscal resources. It has required policies which made it easier for banks to lend … to make it easier for small and medium companies to get lending, for self-employed people to get lending’. He noted that that India thinks about the ways in which it can change its credit, banking, education and labor policy.

He further said ‘many big reforms have taken place and we can see the result of that in two very interesting developments. In the year ending 31 March, 2021 we have posted the highest export that we have ever done. Our total exports were $670 billion. We had to trade in goods for $400 billion’.

Technically, the important key resistances are placed in Nifty future are at 18088 levels, which could offer for the market on the higher side. Sustainability above this zone would signal opens the door for a directional up move with immediate resistances seen at 18088 – 18108 levels. Immediate support is placed at 17909 – 17870 levels.