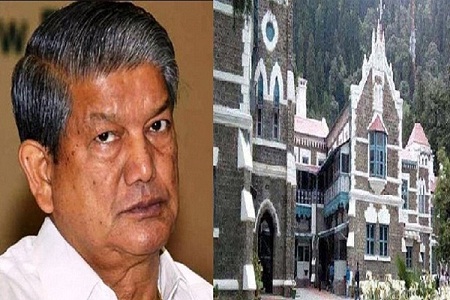 (G.N.S) Dt. 20
Dehradun
Heard in Nainital High Court on Friday (20th September) over the sting case of former Chief Minister of Uttarakhand and senior Congress leader Harish Rawat. The court did not allow the Central Investigation Agency CBI to register an FIR against Harish Rawat. The date of October 1 has been fixed for the next hearing of the case. On the 21st of last month, the CBI informed the court that the preliminary inquiry in the Harish Rawat Sting case has been completed and it should now be allowed to file an FIR. The CBI also informed the court on 3rd September that it was preparing to register an FIR in the case.
In 2016, Harish Rawat’s sting operation was carried out by a private news channel. The sting claimed that Harish Rawat was referring to the horse-trading of some MLAs to preserve his power in the state. The commotion was cut off when the sting surfaced. During that time, some Congress MLAs joined the Bharatiya Janata Party (BJP), causing a crisis on the ruling Congress.
After moving to the High Court and then to the Supreme Court, the Harish Rawat government was restored in the state again. President’s rule was in force in the state for the first few days before the Rawat government was restored. The Governor then recommended to the Center that the investigation of Harish Rawat Sting case be conducted by the Central Investigation Agency CBI. Though an attempt was made to withdraw this recommendation of the Governor after the reinstatement of the Rawat government, the Narendra Modi government at the Center did not agree to the demand of the state cabinet and the CBI’s initial release. Harish Rawat filed a petition in the High Court against the CBI investigation. Rawat’s petition is still pending in court.