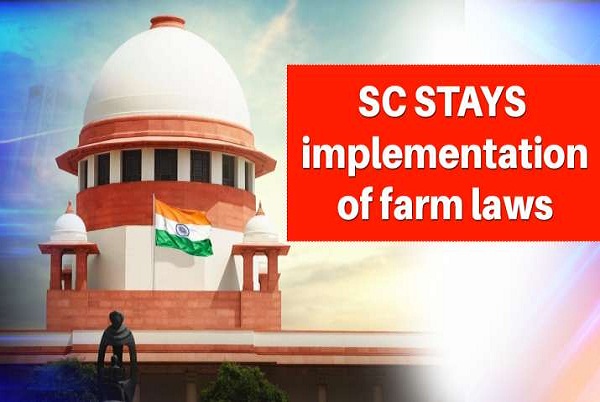 The Supreme Court of India has stayed the implementation of three farm laws until further notice. Supreme court also said that a committee would be formed to look into the negotiations to end the massive protests over the three laws near Delhi borders.

Supreme court issued a notice on the Delhi Police petition seeking to stop the tractor rally planned by farmers on Republic Day.

Supreme court’s ruling came during a hearing on petitions challenging the farm laws and the farmer agitation at the Delhi borders.