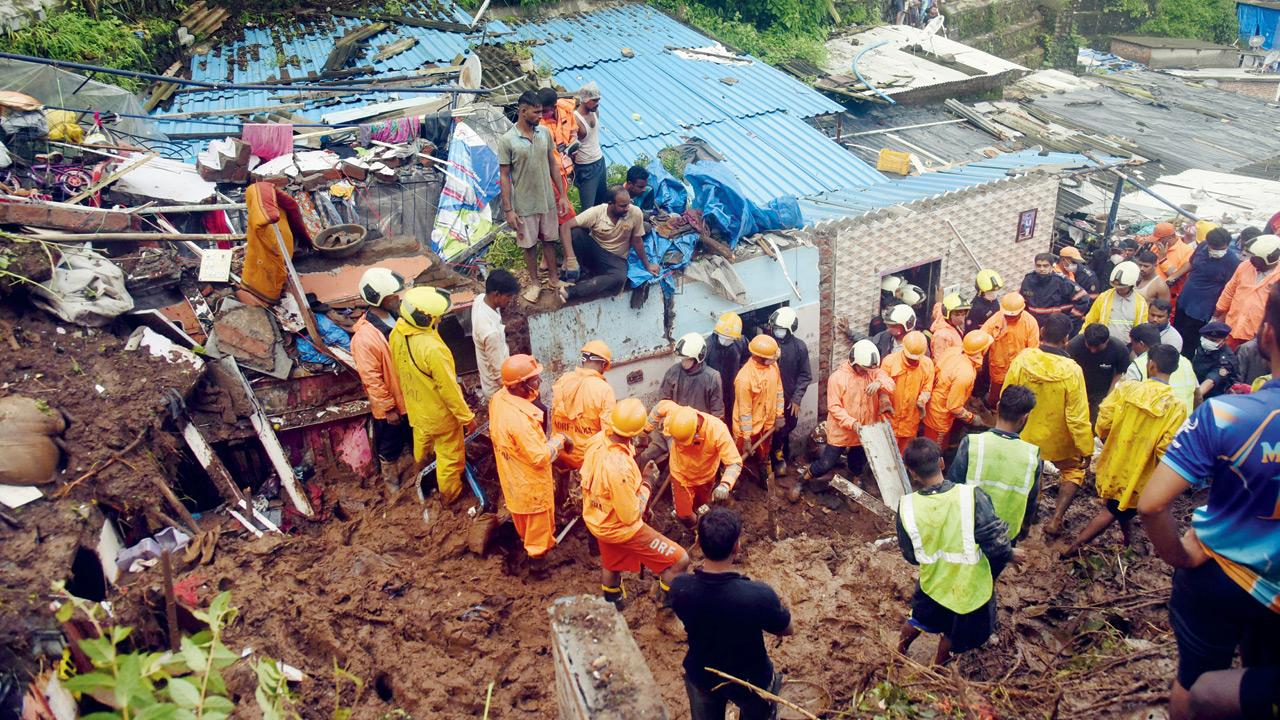 Landslides due to heavy rains in the Kalwa area in Maharashtra’s Thane. Rescue operations are underway. 2 people have been rescued whereas 4-5 are still believed to be stuck. 5 people including 1 woman have reportedly died in the incident.

Yesterday, many people had died in a similar incident in Mumbai. Today as well, several such incidents have been reported from the state. The administration is expected to take necessary steps after these incidents. Each year, the monsoon brings to light the fragility of public infrastructure in the country.