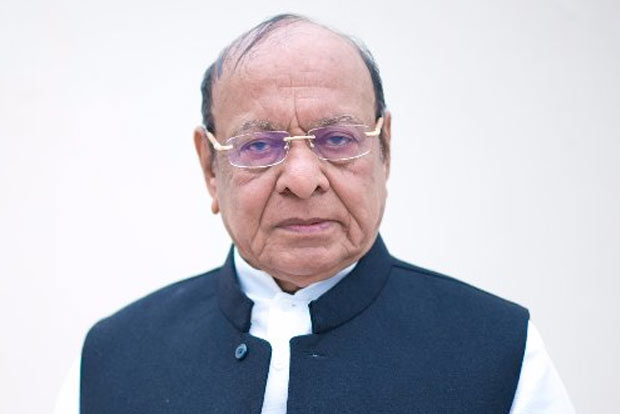 Former Chief Minister of Gujarat and a senior NCP leader Shankersinh Vaghela has given an advise to Gujarat state government to rethink on liquor ban in state.
Mr. Vaghela said that So far, I have been a supporter of the policy of banning alcohol in the name of Gandhiji and Sardar Saheb in Gujarat, but in the midst of the lockdown, when the central government has opened liquor contracts all over the country, we felt that if the government believes that Why the fear of is removed and the income of the government increases then why not in Gujarat?

In Gujarat, the government should not interfere in what to eat and what to drink. If alcohol is banned in Gujarat because of Gandhiji, then it is on paper, it is hypocrisy, it is a hoax!
There will not be an area of ​​one kilometer in Gujarat where alcohol is not available! If they also get genuine branded, then it is fine, but here they get a stay, which we call latha! Thousands of people have died in Gujarat and this has proved that the policy of embargo in Gujarat is a failure! It must be re-opened, reconsidered! With a scientific approach, a committee should be formed to think about what is the benefit of having it and who has it?

Alcohol ban is a hypocritical policy in Gujarat! It is wrong that drunk people will come on the road, there will be a commotion, the safety of our sisters will be at risk! There are cities and states like Goa, Mumbai, where even though there is no alcohol ban, women walk on the well-protected road at 12 o’clock at night, no problem! Gujarat ranks 17th in crime, while Goa has less crime than Gujarat!

This is why people go crazy with duplicate alcohol! She is tied up, so she pays more money, drinks wrong alcohol, she is tied up, that is why she goes to Abu, Goa and Diu Daman to drink alcohol! Every day so much wine comes to Gujarat from Rajasthan, from Maharashtra, from Madhya Pradesh so much wine is made here also that is third class quality! Government’s own kindness is found, so this kindness policy is wrong, so break this hypocritical policy!

Gandhiji’s policy was of truth, and this liquor ban which is going on in Gujarat at the moment is a policy of untruth! The policy of banning this hypocritical liquor should be tied in the name of Gandhiji, if people drink, let them drink openly!

When I was the Chief Minister of Gujarat at one time, I had removed it from the Home Department and created a separate drug ban department! Today there is a drug ban department but the government does not use it! We had built 120 new police stations for strict adherence to alcohol ban! And at that time this policy was also made liberal, from which one can get alcohol after getting a license! At that time we had a coalition government so there was some limitation, yet at that time the policy was also liberalized! At that time, if a woman went to the police station and complained to the police that her husband was abusing her by drinking alcohol, then the police would take strict action against her!
I have gone to the tribal area of ​​Panchmahal, there are many other good trees of Mahuda from which the tribal people there make Mahuda wine! Which is considered very good for health! So why don’t our youth of the tribal community get permission from the government so that they get employment and the people of the state who want to drink alcohol get good and pure quality alcohol! At the same time, the government also got income!

Whenever our government is formed in Gujarat, the first thing we will do is to remove this hypocritical alcohol ban policy! The public will be able to enjoy the food and drink they want in their homes freely within the ambit of law! The people should feel that, “What to eat, what to drink in an independent country will be their choice, let them enjoy accordingly.”!

Alcohol is a means of manipulating illegal money! The money that circulates in the wrong way between bootleggers, administration and ministers will come directly to the treasury of the government! Which can benefit the general public for free education and free medical!

Just as it is written on the packet of tobacco that eating tobacco is harmful to health, so if you want it to be written on alcohol, but cheating the public with wrong policy is a double policy of the government which should end now. The people of Gujarat should be freed from the hypocritical policy of embargo!

In Gujarat, we know how to release alcohol and tighten the law! If we come back to power, the first thing we will do is reconsider this hypocritical and deceptive ban on alcohol.