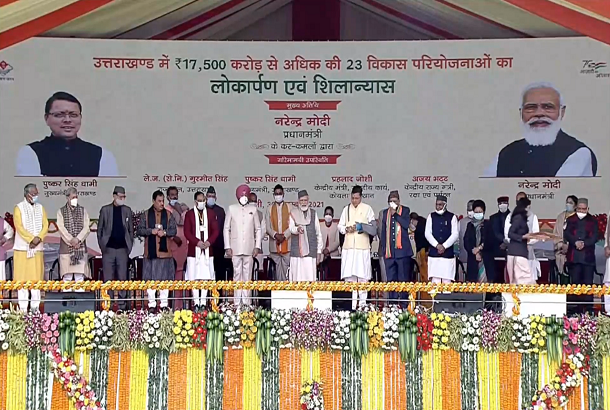 In the poll bound Uttarakhand, Prime Minister Narendra Modi has inaugurated and laid foundation stones of projects worth over Rs 17,500 crore in Haldwani.

The inaugurated projects include three different stretches of the Chardham all-weather road which have been widened, Nagina-Kashipur National Highway, Suring Gad hydel project and sewage works under the Namami Gange programme at Nainital.

This is Prime Minister Modi’s second visit to the state this month. On his last visit to Uttarakhand on December 4, Modi had unveiled projects worth over Rs 18,000 crore in Dehradun besides addressing an election rally.