(G.N.S) Dt. 25
New Delhi
Union minister Mukhtar Abbas Naqvi on Monday said the BJP-led Central government was committed to provide access to quality education to students from minority communities. Speaking at a function in Kozhikode, the minister said the government was working with utmost sincerity to ensure welfare of these students through affordable, accessible and quality education. “For this, we are going to start the ‘Tahreek e Taleem’ Campaign,” the minority affairs said.
The ministry was spending about 65 per cent of its budget on educational empowerment and skill development of the community, he noted. “Prime Minister Narendra Modi-led Central government has been working with commitment to provide affordable and quality education to students of all sections, including the minorities.”
In the last six months, he added, thousands of educational institutions catering to minority communities, including madarasas, have been brouht into mainstream education system by “connecting 3Ts – Teacher, Tiffin and Toilet.” To encourage girl students from minority communities to pursue higher studies, the Centre will provide Rs 51,000 as ‘Shadi Shagun’ to the girls who complete their graduation, he said, according to a release.
Naqvi claimed that schemes of the ministry such as Hunar Haat, Seekho aur Kamao, Nai Manzil, Gharib Nawaz skill Development Scheme and Nai Roushini have succeeded in providing employment opportunities to more than 50 lakh people from the Minority communities.
On the motto of ‘Empowerment Without Appeasement’, he said, “It has ensured that the minorities also become an equal partner in the country’s development process.” As many as 100 youths from minority communities have been selected in the Civil Services Examinations this year out of whom 52 are from the Muslim community, he noted.
This is the first time since Independence, the minority community students have been selected in the civil services in such a large number, the BJP leader said. 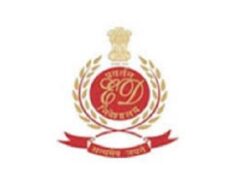