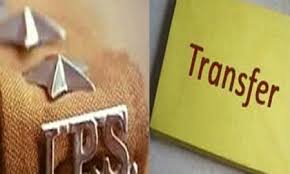 Two Additional Director Generals (ADGs) are among the 39 Indian Police Service (IPS) officers who have been transferred.

ADG, Law and Order, Saurabh Srivastava has been made ADG PHQ while ADG Traffic, Smita Srivastava, was shifted as ADG Civil Rights.