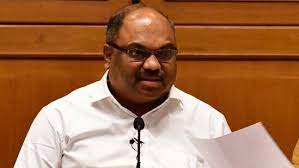 Senior Shiv Sena leader and Maharashtra Transport minister Anil Parab has skipped summons of the Enforcement Directorate. He was summoned for questioning in connection to a money laundering case linked to a resort in the coastal hill station of Dapoli in Maharashtra.

The minister said, “I received the summons on Tuesday and as I am not in Mumbai currently, so I could not appear before the ED.”

The minister added that he has informed the agency about his inability to appear before it through a letter.
“I am yet to be called on another date, but I will definitely appear before the agency,” he further said.

“It is owned by Sadanand Kadam, about which he has even informed the court. The resort has not even started functioning and still they have registered a case under the Environment (Protection) Act against me and have sent notices to me. They have considered that as predicate offence and conducted raids against me,” Parab had told media persons on May 26, soon after the ED conducted raids at seven premises belonging to Parab and people close to him in Mumbai, Pune and Ratnagiri.