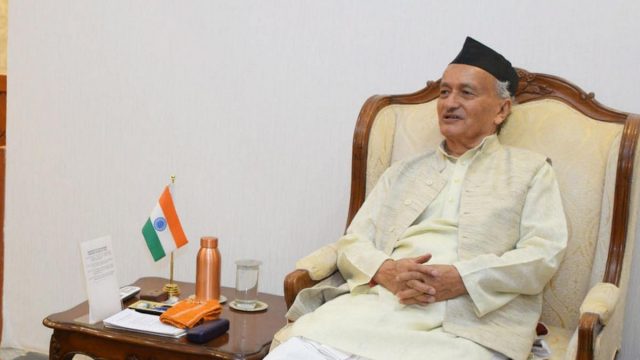 The governor of Maharashtra, Bhagat Singh Koshyari was denied the use of state government aircraft to fly to Dehradun on February 11, Thursday morning. After no approval came from the Maharashtra chief minister Uddhav Thackeray for the special VVIP flight, the governor and his entourage decided to board an airline flight to the destination instead, said an aviation source.

Around 9am, the governor and his entourage reached the Mumbai airport’s general aviation terminal in Kalina to board the government Cessna Citation XLS aircraft. “A week ago, the Raj Bhavan had sent the governor’s program to the state civil aviation department, which had, as per the protocol, forwarded it to the Chief Minister Office (CMO) for approval,” said a source. “Given that the governor is the head of the state, the chief minister’s approval for his flights are a given. Often the approval comes at the last-minute and so the governor and his entourage reached the general aviation terminal at around 9am to board the special flight,” the source added.

That was when the state government’s civil aviation department went into a tizzy. “All the while it was assumed that the chief minister’s approval for use of the aircraft will come, after all, and it was just a matter of completing a laid down formality. However when there was no response from the CMO despite repeated attempts, quite a few brows at the general aviation terminal broke into a sweat,” said an official.

The crew of the Citation XLS was asked to deboard. “Even as they were making their way to the terminal’s lounge, the governor and his entourage left the lounge and headed for the aircraft,” said the source. “It was the first time ever that we had this situation where the governor was seated inside the special aircraft, even as officials tried in vain to get the requisite signature from the chief minister,” the source added. Koshyari remained seated in the aircraft for about 15 minutes, by which time, he would have been informed about the problem at hand, said the source. “He alighted, went back into the lounge and decided to fly to Dehradun on a scheduled airline flight,” the source said.

Three airlines operate a total of four flights from Mumbai to Dehradun daily, out of which two are morning departures that leave before 8am. The governor now had to choose between SpiceJetSG779 flight which departs at 12.15pm or IndiGo 6E6857 which departs at 3.45pm. The latest on the issue was that the governor and his entourage had left the lounge and headed to board an airline flight.

Even though an official statement from the CMO is awaited, the BJP has launched an attack on the MVA government. Leader of the Opposition Devendra Fadnavis said that this shows the arrogance of the government and the state government deliberately denied permission. Mumbai city guardian minister and cabinet minister Aslam Shaikh said that the reason why the governor was not allowed to go is being ascertained. He said that whether there was any technical problem in the flight, whether the ATC process was completed or not, all these will be taken into consideration.

“We respect the governor, he will not be insulted,” he said. Meanwhile, deputy chief minister Ajit Pawar said that he was not aware of the issue and has called for information on the incident from the concerned department.