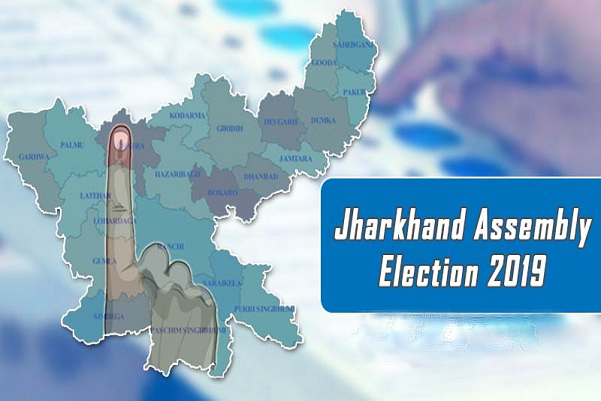 (G.N.S) Dt. 12
Ranchi
Votes are being cast on Thursday under third phase in assembly elections of Jharkhand. Voting is being held in 17 assembly seats in third phase. In this phase 309 dormancy is in field. Today 17 seats in which 12 seats fall in Naxalite affected areas. In view of this, voting will be held in these 12 seats from 7 am to 3 pm. Voting will be held from 7 am to 5 pm in Barkatta, Ramgarh, Ranchi, Hatia and Kanke Vidhan Sabha. There are more than 56 lakh voters in the third phase … for which 7 thousand 16 polling stations have been set up. The veterans whose fate will be at stake in the third phase include Urban Development Minister Chandreshwar Prasad Singh from Ranchi, Human Resource Development Minister Neera Yadav from Koderma and former CM Babulal Marandi from Dhanwar seat.
In the political battleground of Jharkhand, the third phase is considered to be very important for the All Jharkhand Student Union, which dreams of breaking away from BJP and becoming a kingmaker. From AJSU president Sudesh Mahato, the political future of all the veteran leaders of the party will depend on this stage. AJSU is contesting on 13 of 17 seats in third phase. Out of these 13 seats, 9 seats are in the electoral fray from AJSU president to other strong leaders. His party has occupied three seats three times. Whereas Sudesh Mahato has been united day and night to hoist the victory of victory for the last five years in seven seats.