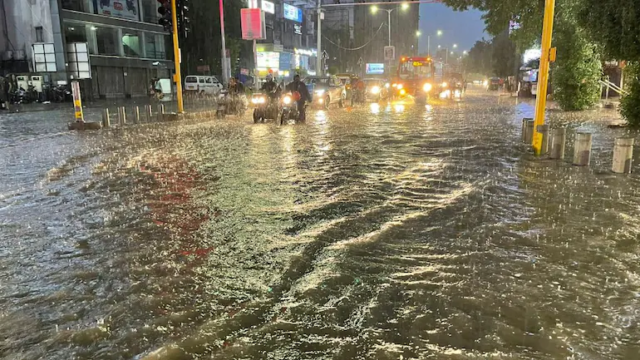 As per the India Meteorological Department (IMD), fairly widespread to widespread rainfall with isolated heavy falls, thunderstorms and lightning are all very likely over the Gujarat region from Friday to next Tuesday (August 5-9) and Saurashtra-Kutch from Saturday to Tuesday (August 6-9).

Furthermore, isolated to scattered very heavy showers may pound the entire state of Gujarat next Monday and Tuesday (August 8-9).

In view of these predictions, the IMD has issued a yellow watch (‘be aware’ of local weather situation) over Gujarat for this five-day forecast period; except for Monday, when the advisory has been upgraded to an orange alert (‘be prepared’ for rough weather).

Overall, these conditions will be caused by the combination of the monsoon trough that currently lies south of its normal position, and a low-pressure area that’s in the process of forming over northwest and adjoining west-central Bay of Bengal. Both systems will influence the incursion of moist westerly winds from the Arabian Sea, which will dump precipitation over west and southwest India in this forecast period.

Within the state, the IMD has placed rainfall alerts over the following districts:-

It is important to note that these alerts may well change and upgrade depending on the local weather situation on the day.