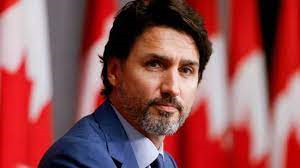 India has asked the Canadian government to denounce the so-called “Khalistan Referendums” on November 6 by proscribed terrorist organization “Sikh for Justice” at Ontario and act against those who promote terror and violence against the largest democracy in the world.

India has also asked Justin Trudeau government to stop the so-called referendum and ensure that no Canadian government property is used to spew hatred or call for violence against Indian people.

While in recent weeks, anti-India activities in Canada have been on the rise. As a result, External Affairs Minister S Jaishankar flagged issues related to Khalistani separatist forces operating out of Canada to Ottawa.

“From time to time, we have engaged the Canadian government, I have myself engaged with my counterpart on this (Khalistani) issue. And we have flagged the need to ensure that freedoms in a democratic society are not misused by forces which actually advocate violence and, and bigotry,” Jaishankar said in a statement this week.

India has asked the Trudeau government to ensure that Canadian territory is not used for activities that promote terror, and violence against the people of India and undermine its national security.