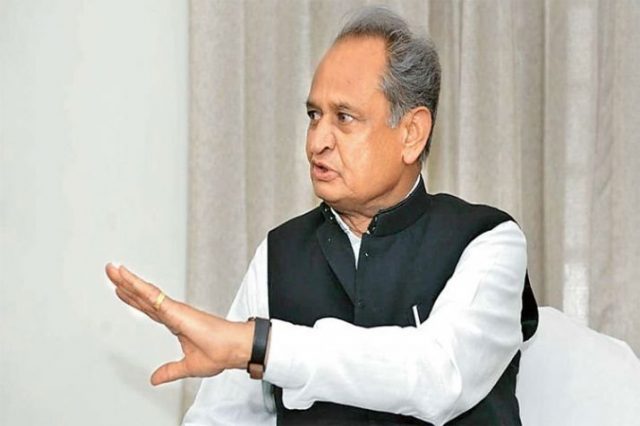 (G.N.S) Dt. 26
Jaipur
Rajasthan CM Ashok Gehlot has requested the union water resources minister Gajendra Singh Shekhawat to increase the Centre’s share from 50% to 90% in the Jal Shakti Mission project, considering Rajasthan’s difficult climatic and topographical conditions.
In a letter to the union minister, the chief minister said, “Rajasthan has been included in the category of states like Bihar, Karnataka, Uttar Pradesh, Maharashtra, Gujarat and Chhattisgarh where the Centre and states share 50:50 ratio for the project but the climatic condition of Rajasthan varies widely from these states. Rajasthan is the largest state and availability of water here is the lowest.”
Gehlot pointed out that about 85% of the state is now in the dark zone where underground water has gone down drastically.
The CM wrote that in desert areas, the villages are scattered and located in far flung areas due to which the drinking water projects are highly expensive compared to other states. Since the Union minister hails from the state, he is aware of the issue of water crisis and the ground situation in the state, he mentioned.
Gehlot said in 2013 under the national rural drinking water programme, the Centre was initially bearing 90% of the cost for the desert state but this was later reduced on a 60:40 ratio and now to 50:50.