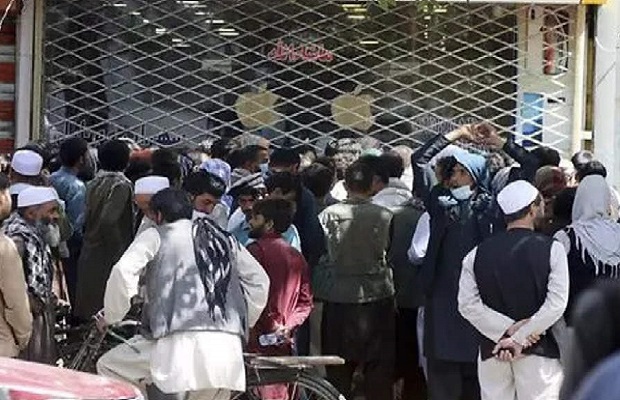 Many of people are seen protesting outside a bank in Afghanistan’s capital Kabul as many others form long lines at the ATM’s. The protesters Saturday at New Kabul Bank included many civil servants demanding their salaries, which they said had not been paid for the past three to six months. They said even though banks reopened three days ago no one has been able to withdraw cash. ATM machines are still operating, but withdrawals are limited to around $200 every 24 hours, contributing to the formation of long lines. Meanwhile, a UN agency warned that a worsening drought could leave millions in need of humanitarian aid.