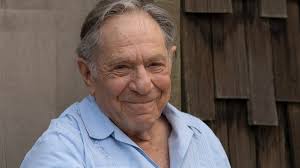 Veteran actor George Segal’s wife Sonia Segal issued a statement announcing about her husband’s death. “The family is devastated to announce that this morning George Segal passed away due to complications from bypass surgery,” she stated.

George Segal, the Oscar-nominated actor whose acting credits range from Who’s Afraid of Virginia Woolf? to The Goldbergs, died on Tuesday, March 23 in Santa Rosa, California. The 87-year-old passed away due to complications from bypass surgery. His wife, Sonia Segal said.