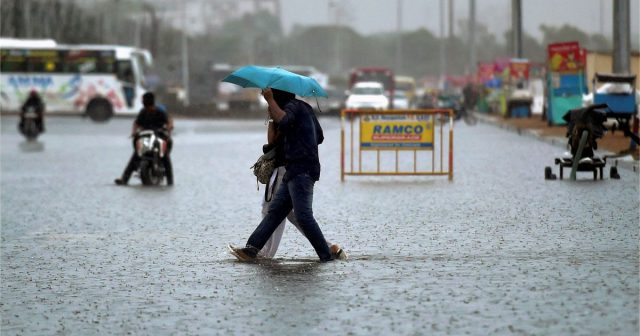 The low pressure area over Bay of Bengal is very likely to concentrate into a depression soon and bring widespread rainfall across Tamilnadu for the next couple of days, the Meteorological department said in Chennai.

In the wake of the IMD forecast, the Tamil Nadu government has announced holiday for schools and colleges in nine districts — Chennai, Kancheepuram, Tiruvallur, Chengalpet, Cuddalore, Nagapattinam, Thanjavur, Tiruvarur and Mayiladuthurai — on November 10 and 11.

Thirteen National Disaster Response Force (NDRF) teams, including five teams in Chennai have been deployed in Tamil Nadu and Puducherry for rescue and relief operations. Three teams have been kept in reserve position for additional support.
Tamil Nadu Revenue and Disaster Management Minister KKSSR Ramachandran has said that death toll due to heavy rainfall in the state stands at 12.