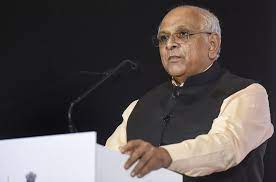 Gujarat Chief Minister Bhupendra Patel has announced that, for the time in history, state is going to host the 36th National Games between September 27 and October 10. The prestigious event is being held after a gap of seven years, the last being in 2015 in Kerala, due to several reasons, including the coronavirus pandemic since 2020.

“I am happy to announce that Gujarat will host the National Games between September 27 and October 10. I thank the IOA (Indian Olympic Association) for quick acceptance of Gujarat’s proposal,” he said in a tweet.

In another post, the chief minister said that the state is equipped with world class sports infrastructure and Gujarat is witnessing a renewed enthusiasm within the sporting community. The state will leave no stone unturned to make the national games the best sporting event till date, he added.

The national games will have more than 34 sports disciplines, which will be conducted in six cities. More than 7,000 sportspersons from across the country are expected to showcase their might in indoor and outdoor events such as athletics, hockey, football, volleyball, lawn tennis, table tennis, judo, wrestling, kabaddi, kho-kho, mallakhambha and Yoga.