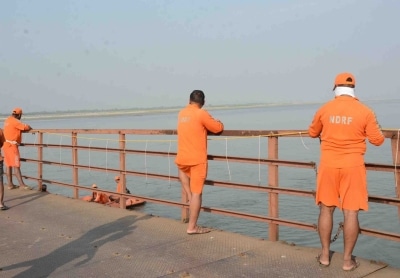 Seven NDRF teams have been deployed in Valsad, Surat, Navsari, Rajkot, Gir Somnath, Junagadh, Morbi and Kutch while two teams have been put on reserve in Vadodara and one team in Gandhinagar, a release issued by the state government stated.

Gujarat state has till now recorded 34.14 per cent of the season’s rainfall. Among regions, South Gujarat has recorded the highest of 37 per cent followed by Saurashtra with 33.21 per cent, East Central with 32.37 per cent, Kutch 31.34 per cent and North Gujarat 28.61 per cent.