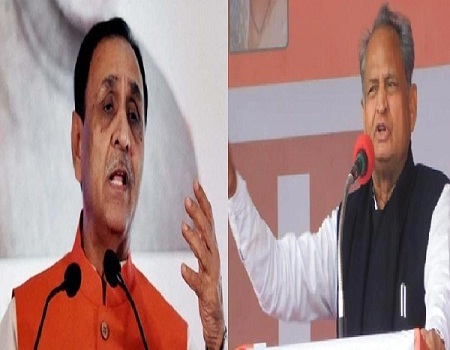 Maximum consumption of alcohol in Gujarat despite ban: Rajasthan CM

(G.N.S) Dt. 07
Udaipur/Gandhinagar
Rajasthan Chief Minister Ashok Gehlot questioned the liquor ban in Gujarat and said that there is maximum consumption of all liquor in the state. He said, I was in Gujarat for a year. Alcohol has been banned since independence.
To this, Gujarat State Chief Minister Vijay Rupani replied that Rajasthan dismissed the comment regarding CM’s liquor. And together they said that this Rajasthan Chief Minister Gehlot has insulted 6 crore Gujaratis and they should apologize for this.
The state of Gujarat has the highest consumption of alcohol. This is the situation in Mahatma Gandhi’s Gujarat. Rejecting rumors of a liquor ban in Rajasthan, Gehlot said that no liquor ban will be imposed unless strict steps can be taken to curb illegal liquor.
I personally favor a ban on alcohol. But the alcohol ban will give way to illegal alcohol. Under these circumstances, it cannot be banned in the state. The ban was imposed in 1977, but it failed. The state government banned some categories of tobacco on 2nd October this year.