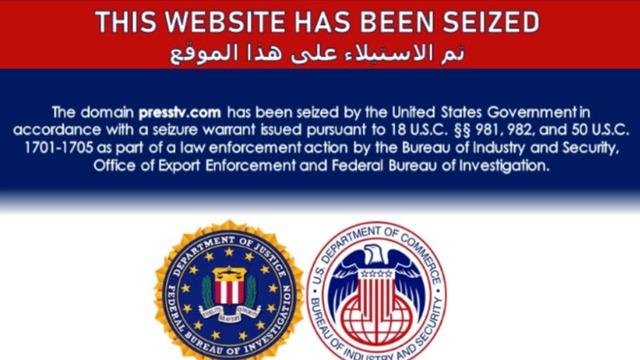 According to a national security official, United States government has seized dozens of US website domains connected to Iran, linked to what the US says are disinformation efforts. Many sites were offline on Tuesday, with notices explaining they have been “seized” by the US – alongside seals of the FBI and Department of Commerce.

They include Iran’s state-owned Press TV and al-Masirah TV, run by Yemen’s Iran-aligned rebel Houthi movement.
It comes amid heightened tensions between the US and Iran over reinitialising a nuclear deal.

The US Department of Justice said the US had seized 33 websites run by the Iranian Islamic Radio and Television Union (IRTVU) and another three run by the Iran-backed Kataib Hezbollah militia in Iraq, media sources reported.

The Justice Department said the domains used by IRTVU were owned by a US company and IRTVU had not obtained a license from the US Treasury’s Office of Foreign Assets Control prior to using them. Kataib Hezbollah – which has been designated a terrorist organisation by the US – also did not obtain a license.