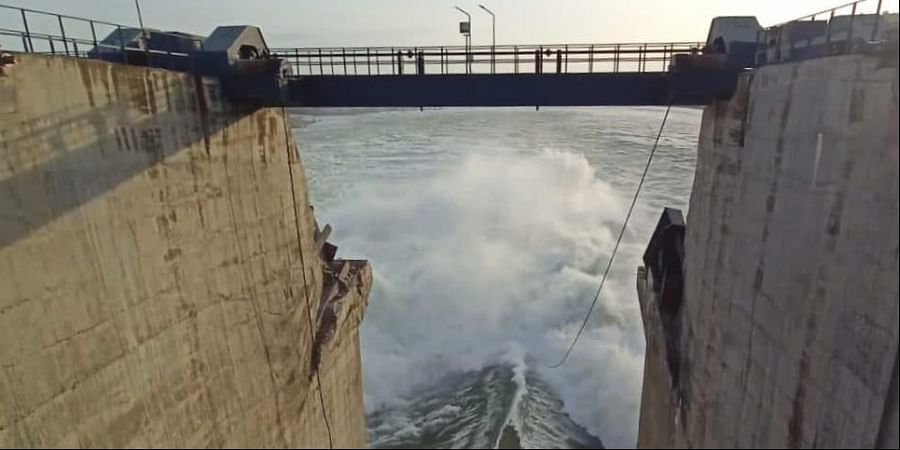 Crest gate at Andhra Pradesh’s KL Rao multi-purpose irrigation project (Pulichintala) broke and washed away as it was being raised to release flood waters.

A flood alert has been issued for downstream areas and at Prakasam Barrage in Vijayawada. Gate number 16 at the project broke around 3am when engineers were trying to raise two hydraulic-operated gates to let off the heavy inflow of water that the dam received overnight. The gate got stuck and the force of the water blew it away.