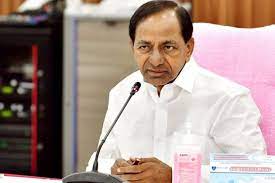 On Sunday, July 17, Telangana Chief Minister K Chandrasekhar Rao would undertake an aerial survey of rain and flood-hit areas in the state, he aerial survey would cover the Godavari catchment area in the state, from the badly-hit Kadem project in Nirmal district to the temple town of Bhadrachalam.

As per an official release, State Chief Secretary Somesh Kumar would accompany CM Rao during the aerial survey.
Meanwhile, state Health Minister T Harish Rao would hold a review meeting with senior officials and doctors on preventing spread of infectious diseases in rain and flood-hit areas.

The Health department is working on finalising the health-related issues for the CM’s visit on Sunday, the release said.

Newly-constructed Telangana State Secretariat will be named after Babasaheb Ambedkar