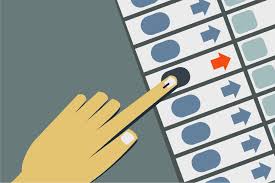 UT Election Commissioner SK Srivastava has announced that Chandigarh Municipal Corporation elections will be held on December 24 and counting of votes will take place on December 27.

There are about 6,30,311 voters in Chandigarh. A special mobile application is also being launched so that the voters can know about the candidate who is being fielded from the ward. “Also, any plaints of violation of model code of conduct can be filed there through the app,” Srivastava said.

The code of conduct comes into force in Chandigarh, after this announcement by EC.