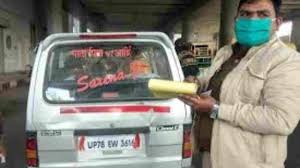 (G.N.S) Dt. 28 Lucknow Uttar Pradesh government has issued an order saying that displaying caste identities on windscreens and number plates of four and two-wheelers in the state will invite punitive action, a youth was issued a challan in Lucknow as the vehicle in which he was travelling had ‘saxena ji’ pasted on it. It is to be noted that it has become a fashion to exhibit caste names like 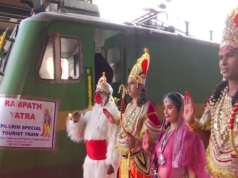 IRCTC flags off Rampath Yatra Express, to run from Ayodhya to Pune 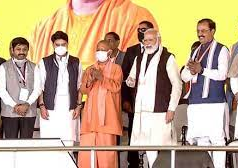 If SP comes to power in 2022,then govt will give 25 lakh each to farmers who died during farm laws agitation: Akhilesh Yadav