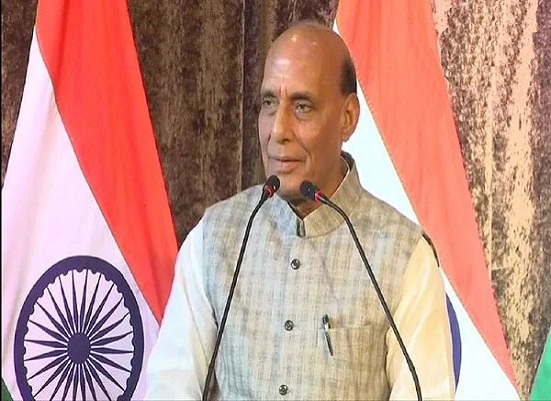 Defence Minister Rajnath Singh addressing a poll rally at Langthabal constituency, Imphal West district, said “I can boldly say that violence in Manipur is at the lowest point today during the last five years. I assure you that the BJP will completely put an end to this violence to bring lasting peace in the region.”

“We are ready for a dialogue with insurgent groups because all the problems vexing this region, be it unemployment or poverty, should be resolved,” he said, adding that the BJP wishes to see Manipur as the number one state in the country.

“It is the wish of the BJP to develop the entire northeast, particularly Manipur, as the tourist hub of India and the entire world,” the minister said.

“The northeast was ignored by the Congress. It has an anti-development and anti-northeast mindset,” he said.

Rajnath Singh also claimed that the BJP is the only party in the country which is concerned about the northeast. “It was late Prime Minister Atal Bihari Vajpayee who showed his concern for the people of the northeast and created the Northeastern Council,” Rajnath said.

Claiming that the Congress has become politically insignificant, he said the BJP does not consider the party (Congress) as its main contender.