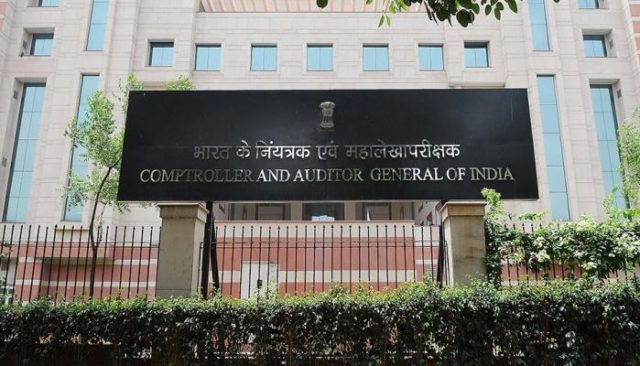 (G.N.S) Dt. 18
New Delhi
Against the Modi government, the opposition is going to get a new issue after Rafale. This issue has been caught by no other CAG. CAG has made great disclosures on the financial management of the Narendra Modi government. According to the CAG report, Modi government has more than Rs 4 lakh crore to hide the debt and lending. The CAG has said that the mention of this money is not in the budget documents. It is believed that the government has used the strategy of off-budget financing to keep the indicators and data of the fiscal deficit correct.
The CAG has said that mention of such expenses and borrowings should be in budget by the law. Because the expenses related to off-budget financing are outside the control of Parliament. Which is not discussed and reviewed. At the same time, due to the increase of dues every year, the government has to bear more expenditure on subsidy as a higher interest. This strategy is financially risky. When the public utility fails to repay the loan, in the end, the debt comes only on the government’s head.
The CAG has said that disclosure of amount of off-budget financing by disclosure statement should be disclosed. It needs a massive review. In relation to this, concerned ministries stated in July 2018 that central PSUs have autonomy. Their credit is for independent business enterprises. Where government support only helps in getting a better interest rate. The off-budget financial system is to meet the working capital requirements of the FCI, which is getting independently from the banking sources.
In order to meet all other capital expenditure including subsidy, irrigation, energy projects on food and fertilizers, the government has gone out of the budget and arranged money from other sources. In order to avoid borrowing in the accounts of the budget, it has been adopted in the Ministry of Consumer, Rail and Power, particularly in the form of Off-Budget Financing Systems. In the report of the CAG, the Modi Government has done a tremendous blow to it.