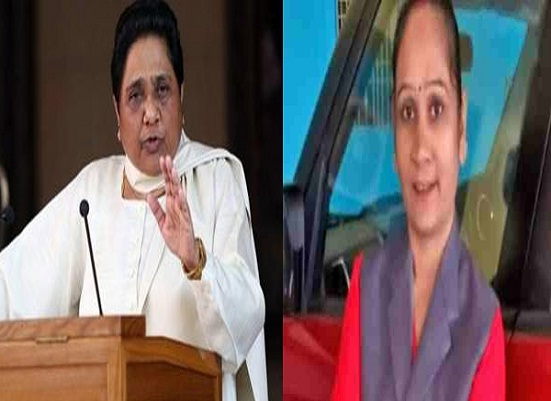 (G.N.S) Dt. 29
Lucknow
BSP supremo Mayawati has suspended BSP MLA Ramabai Parihar from Patheria in Madhya Pradesh to support the Citizenship (Amendment) Act (CAA). Ramabai has also been banned from participating in the party program. Let me tell you that the BSP had voted against it in Parliament, calling the Citizenship Amendment Act unconstitutional.
BSP chief Mayawati tweeted and gave information about it. Mayawati wrote, ‘BSP is a disciplined party and if it is broken, immediate action is taken against the MP/MLA etc. of the party. In the same sequence, he has been suspended from the party after BSP MLA Ramabai Parihar of MP’s Patheria supported the CAA. He has also been banned from participating in the party program.
In another tweet, Mayawati wrote, ‘The BSP first protested against it, calling it (CAA) divisive and unconstitutional. Voted against it in Parliament as well and gave a memorandum to the Honorable President regarding its withdrawal. Nevertheless, MLA Parihar supported CAA. In the past too, he had been warned to walk on the party line several times.