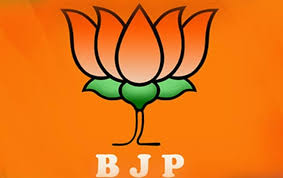 The names of candidates for the assembly by-elections in Bihar and Odisha are declared by Bharatiya Janata Party (BJP).

The Election Commission of India last week announced the schedule for seven assembly by-polls seats in Maharashtra, Haryana, Bihar, Telangana, Odisha, and Uttar Pradesh on November 3. The results will be declared on November 6.

The by-polls to Gopalganj and Mokama seats (Bihar), which will be the first since chief minister Nitish Kumar ended his alliance with the BJP in August, and Dhamnagar (Odisha) will be held on November 3.

Kusum Devi will be the nominee for the Gopalganj assembly seat. Her husband Subhash Singh’s death necessitated the by-poll. Sonam Devi has been fielded for the Mokama seat, which fell vacant following the disqualification of four-term lawmaker Anant Kumar Singh.

BJP has also named Suryabanshi Suraj Sithiaprajna as its candidate for the Dhamnagar (Scheduled Caste) seat as it released the list of candidates on Sunday.