(G.N.S) Dt. 01
Kolkata
Ishrat Jahan the anti-triple talaq crusader who fought a relentless legal battle against her in-laws and an obscurantist class of clerics to win an Apex court verdict against what they call talaq-e-biddat or divorce in a single sitting has joined the BJP for its “unwavering support for the cause of deprived and oppressed women like me.”
Jahan’s joining of the BJP comes after the Lok Sabha passing a Bill that bans triple talaq and makes it an offence which would invite three-year jail term for the erring husband.
“The Supreme Court verdict was only half the distance traveled and the new Central law making such an act punishable has given women like us courage and sense of being protected. Now people will think thrice before uttering triple talaq in a sitting and throwing helpless women like us out,” she said adding the Governments came went but none took “as bold a decision as this one (bringing the new enactment)” so that our tears could be wiped. I have joined the BJP for this reason only because they have brought relief among the tortured Muslim women.”
Ishrat was one among five women petitioners who went to court against instant triple talaq.
State BJP Mahila Morcha (party’s women’s wing) president Locket Chatterjee facilitating and welcoming Ishrat into her party said “the BJP has shown that it stands firmly behind human cause” even as other women of her community said they would “vote BJP at least once as an act of gratitude for doing this service to us.”
Abida Jalal a woman from Park Circus in Kolkata said though she had been an active worker of the Trinamool Congress and “have all the regards for Mamata Banerjee,” she wondered “why the Chief Minister kept quiet when the issue of triple talaq was raised in the court or in Parliament.”
She said the simple “political silence” of Mamata Banerjee could cost the Trinamool Congress about a third of Muslim women votes in the urban and semi-urban areas. “Blindly supporting the obscurantist clerics will take Trinamool Congress nowhere in future.”
A Muslim Trinamool leader and district board member in the vicinity of Kolkata said, “there is hardly a family where women do not live under the threat of talaq. The urban girls who go to schools are all the more pleased with the new law because they will now be able to go to the in-laws families with confidence. They will be able to pursue their studies post marriage and they will be able to make their voices heard in important family decisions,” said adding the party higher ups were calculating the political loss that TMC could suffer in the panchayat elections on account of the new talaq laws. 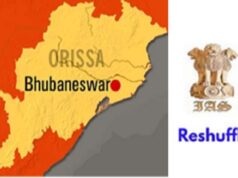